Huntley Legal provides an exceptionally professional yet personal service, and can be relied upon to deliver any project effectively and within deadline.

“Who pays the piper calls the tune” 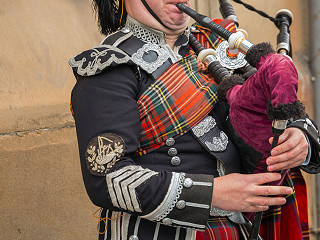 If you’re a regular reader, you might recognise this advice. But the message bears repeating, because I see the problem quite often.

In a nutshell, you’re best protected by legal agreements when the solicitor who drafts them is on your side – that means you pay their fee, and they work for you. If not, and you allow someone else to cover the cost, you leave yourself at risk.

Fred and Frida start a business to sell hot cakes. They set up a limited company and split the shares 70/30 between them.

Rather than putting a shareholder agreement in place, they decide to rely on the standard Companies House set up, which includes the Model Articles by default.

I often wax lyrical about the need for a Shareholders’ Agreement because there are many issues that the default Model Articles:

One thing is certain – things change. So you need to consider all the ‘what ifs’, including: death, divorce, resignation, sale of the whole business, board or shareholder stand-offs, incoming investors and more. A proper Shareholders’ Agreement will do this.

Fred and Frida were good at developing the hot cakes product but were aware they lacked experience of marketing and scaling up the company.

They approached some angel investors in the hope of attracting funding and business advice in return for giving away some shares (like pitching on the Dragons’ Den TV show).

Happily, the investors felt confident there would be plenty of demand, and agreed to inject some cash.

The investors joined Fred on the Board, while Frida chose to stand down from the Board (you could hear her sigh of relief) but to remain a shareholder.

Fred and Frida trusted the advice of the new Board members. They did not think to instruct a solicitor to review the agreement and ensure it protected them. As a result, the founders were happy to sign the agreement, although they didn’t even receive a copy.

Fred fondly imagined that the agreement would cover his position as a director/shareholder. But this is a myth. The solicitor was employed as an advisor by the company, and wasn’t working for any of the individual directors or shareholders.

Little did Fred know, but the agreement allowed the investors to take day-to-day control of the business.

Sadly, Fred and Frida didn’t have any experience of managing their investors. So, a few months in, the founders were feeling marginalised in the running and care of their very own business baby.

In board meetings, Fred was often over-ruled by the investors. Fred and Frida became worried that some decisions were being made without their input. They were also concerned that further shares might have been issued without their knowledge, which would dilute their shareholding and possibly compromise Fred’s majority control.

Although the company is now ready to launch the hot cakes product, the board is split. Without a board working together to the satisfaction of the shareholders, it will be hard for the company to gain traction and value. And, with all this bad feeling floating about, there’s also the cost of distraction to the business.

In the context of company set-ups, incoming investment and shareholder agreements, I repeatedly see people who are happy to leave the legal stuff to someone else, and certainly to have someone else pay for it.

Of course, I can understand why that’s attractive, but here’s the rub.

In almost all cases, if you didn’t pay (or at least partly pay) for the legal advice, and sign up to the letter of engagement with the solicitor, you cannot expect that solicitor to be working to protect you.

Clearly it is not sensible for every individual shareholder to instruct a separate solicitor to draft a shareholders’ agreement as well as having one drafted for the company. That would just be a rash of competing agreements and a pile of expense.

Rather, you need to agree who is going to arrange for the agreement to be drafted, then everyone else needs their own advisors to review it from their own perspective. Your own solicitor will guide you through the detail, identifying the risks, advantages, and other implications for you personally.

What this means to me

As a solicitor who specialises in company and commercial law, I am astonished at the casual approach that some shareholders take on this issue, which goes straight to the heart of ownership and control. Often, it compares starkly with the same founders/ investors/ entrepreneurs/leaders stating loud declarations of their passion for the business at every other turn.

The shareholders’ agreement is such an important document, yet I often see agreements with wording that either doesn’t protect or actively damages the interests of some key shareholders.

I often find that a shareholder is vague about who advises and represents them. They have assumed that whoever prepared the agreement has done so, even when they have never spoken directly or alone, and do not know that person’s name, have not provided them with the usual ID documents for Money Laundering checks to be taken on as a client, and have not paid their fees.

That same person will be troubled to realise that the agreement which they perhaps now dislike was quite properly prepared by a solicitor advising and looking after the (probably very different) interests of one or more of the other shareholders.

In summary, if you are a shareholder, you may not need to take the lead on getting the agreement prepared, but you really should have it reviewed with your interests in mind, (and that means paying for that review).

Bluntly, if you haven’t felt the pain of paying for the advice, you won’t get the benefit of the advice.

Without this, you will only be guessing whether your position as a shareholder is appropriately protected, whether there are any changes you could and should ask for, or, if the ‘deal’ is actually likely to be good for you or not. You could be missing valuable chances to negotiate the deal you want.

Where you are offered a Shareholders’ Agreement, ask who prepared it, and who they were acting for, and then make arrangements to appoint a lawyer to review it for you personally.

If you find yourself in this situation, give me a call – I’d be happy to advise about your options, risks and costs.

Marie did a very good job. She gave us honest and diligent feedback, managed it to time and had a flexible attitude, which was vital to us. I would recommend Huntley Legal without hesitation.