Huntley Legal provided me with complete confidence that the sale of the business and assets of my national furniture assembly company was conducted in the most professional, efficient and effective way possible.

Debunking 3 common myths about being a director 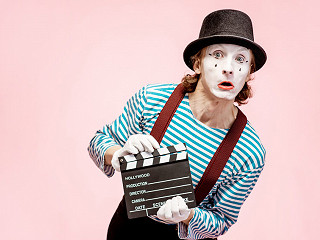 Some people give their whole life to a company. They invest a fortune into it. Yet companies can easily get into trouble, especially now because of Covid.

Company directors often make assumptions about what the role involves. In fact, there are a shedload of misconceptions. I’ll address some of them in this article and more another time, because they are really important.

Not so fast! If law was measured in distance, there would be miles of legal circumstances in which a director has responsibilities and duties.

If a director fails to meet their obligations, they might have a personal liability, perhaps directly to the company for failing to do what they’re supposed to, and maybe even for paying some of the company’s debts. Even where there is no direct financial liability, certain failures by a director can lead to their disqualification to act as a director in the future (which could have long-term career and business implications).

In the case of health-and-safety charges connected with the company, a director can – in certain circumstances – be personally charged with criminal offences. Similarly, in situations that give rise to a corporate manslaughter charge against the company, a director could personally face a common law manslaughter charge based on their negligence (and fines/prison if convicted).

That means there is not not just “kudos” involved in taking a directorship, there are potentially serious implications for the individual who says “yes”.

2. “When I resign, my personal guarantee will transfer to another director.”

No. It might be possible to arrange this, but it is certainly not automatic. It’s only possible if:

When leaving a company, getting released from a personal guarantee can be one of the more difficult sticking points, because this brings the bank or other lender into the exit negotiations.

You might want to be cautious about leaving without getting released from a guarantee. In effect, this would mean you’re still the guarantor even after you have given up your access to information and your rights to have a say in the management of the company. If you’re not entirely confident in the skills and wisdom of the directors you leave behind you, this could be enough to keep you awake at night.

Our previous articles tell you more about this:

3. “When I resign, my director’s loan will be cancelled.”

No, at least, not automatically. A debt is a debt until it is paid or waived or settled for a lesser amount.

The company has its own debts to pay. Releasing you from a debt as a departing director may not be permitted in terms of the company’s responsibilities to its own creditors, and in terms of managing its own solvency.

It is technically possible for your debt to be waived, but this depends on the financial position of the company at the time, and whether the other directors want to do this. If you are leaving because you’ve fallen out, they probably won’t agree.

Even if it is agreed between you and the company, there are likely to be tax consequences for both you and the company, which it is best to check in advance. Broadly, from your own perspective, if the loan is forgiven, HMRC will consider that to be income (as if by magic!). Because your role has been that of a director, they will possibly be getting a bit starry eyed about collecting PAYE and NI contributions from you and/or the company on the forgiven loan.

This is something to check with your accountant so that you can work it into your calculations, whether you are a director wanting to be forgiven a debt, or you’re making the decision for a company that has been asked to deal with such a request.

The misunderstandings above commonly emerge when a company is experiencing difficulties, such as when finances are under strain, or relationships fail between the owners or leadership team.

Don’t wait to ask these questions until you find yourself in a tricky situation. You need to know these things before you even accept the role, responsibilities and potential liabilities of directorship.

When most people are offered the opportunity to become a director, they get very excited. They focus on the kudos, and perhaps the potential salary.

It’s possibly instructive to note that accountants and lawyers (particularly those of us with a corporate background) are routinely very thoughtful and careful, sometimes even shy and reluctant when deciding whether to take any directorship appointment. We tend to be quite choosy. We want to make sure we feel a high level of confidence about the business and our fellow directors and our relationship with its owners.

The very professions that you might assume are likely to have the closest understanding of these issues are often the least likely to rush to take up such a directorship opportunity.

I have politely declined a number of directorships where I am not close enough to the business to have adequate information about what’s going on, or when I’m not convinced that I will have sufficient authority within the business to adequately influence it and make changes if they were necessary i.e. to have a directing role. I guess the clue is in the name! If I don’t feel the position or dynamic is such that I’ll have enough authority to take part in shaping the direction the company takes, then I wouldn’t be ready to accept an invitation to become a director.

These issues are too complex to cover in detail here, so do get in touch if you'd like further information.

Marie helped management to identify the key issues and provided efficient legal advice on how to address them. I would thoroughly recommend Huntley Legal’s services.